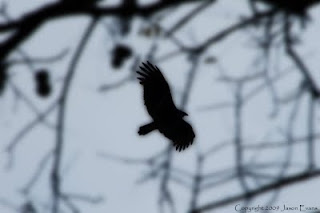 Holding onto David Barber’s coattails, I decided to ask Jason Evans for feedback on my “Silhouette” entry.

I’m glad I did because Jason very kindly provided some detailed and positive feedback, which is very much food for thought. My thanks go to Jason and to David for the original idea.

I’ll take this onboard and, like David, I thought I would re-post my piece and Jason’s feedback.

Smithers-Jones swung the shotgun and squeezed the trigger in one swift movement. The wood pigeon dropped like a stone and the gundog disappeared into the gorse after it.

My old man liked a hat and a shotgun. He’d have taken a hacksaw to Smithers-What’s-His-Face’s Purdey and stuck-up the local bank with it.

“I’m a Private Investigator Mr Smithers-Jones.” I scraped my shoe on the wet grass, “What can I do for you?”

“Find my daughter,” Smithers-Jones scanned the lead grey skies for another feathered victim. “She’s a bloody embarrassment.” A beat passed. “Drink and drugs. That sort of thing.”

“Daughters come home, to their loved ones, of their own accord eventually,” I turned up my coat collar against the wind. “When the money runs out.”

Smithers-Jones flashed me a look like I was a turd. Just like the piece I’d removed from the sole of my brogue.

“Her junky friends persuaded her to take a rather expensive family heirloom. Hence the urgency.” He slotted two cartridges and snapped the shotgun shut. “If I had my way...” He sighed, “Her mother wants the situation handled… delicately.”

Smithers-Jones, I thought, despite his money, guns, fancy clothes and country pile, was just like all the other punters that hired me.

Same shit different arsehole…. As my old man would say.

What I liked best about your piece was the attitude and voice. It had a strong impact.

I think that you could strengthen the impact quite a bit with some technical adjustments. First, you need to establish the POV right up front. The word "my" in the 4th paragraph was the first indication that this is first person POV. Up until that point, I felt that it was 3rd person, so the "my" was very jarring. As a result, in the 4th and 5th paragraphs, I became confused about who is who. I first thought that "my old man" was Smithers-Jones.

I also would encourage you to take a longer view in the impact of the writing. Not worrying so much about each paragraph's impact, but building across the paragraphs. I'm getting the sense that each of your paragraphs stand as little islands with too much attention to description in each. Without a sense of building as the reader progresses down the page, the scene feels stuck in one mode. Toward that end, I would eliminate your movement-for-the-sake-of-movement breaks in your dialogue. Examples are: "a plumy Eton toff, broke both barrels" and "I scraped my shoe on the wet grass" and "I turned my coat collar against the wind." Sometimes people try to avoid simple dialogue attributions, such as "he said," with little nuggets of action. That quickly becomes very distracting and backfires.

I'd also watch for pushing dialogue too far in order to mechanically move the story ahead, such as: "I'm a Private Investigator Mr. Smithers-Jones." I don't think he would say that like an introduction and use the guy's full name. Smithers-Jones knows he's a PI, and we usually talk to each other just by looking in the person's direction. If he were making a point about being a PI, he might say, "so why do you need a private investigator?"

I think that by focusing on the impact of the entire page, your writing will really shine.
Posted by Alan Griffiths at 12:12