THE BIG EMPTY BY DECLAN BURKE - A REVIEW 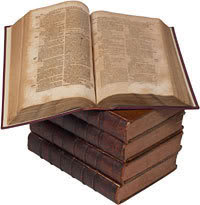 A few weeks ago I was fortunate to get an advanced read of Declan Burke’s, currently unpublished novel, The Big Empty. This is the sequel to Declan’s first novel – Eight Ball Boogie, which featured Harry J Rigby, Independent Research Consultant.

Harry’s a bit edgy, full of attitude, cynical, with some smartarse lines that earn him the occasional fat lip for his troubles.

Harry has moved on from the first Rigby novel. Not surprising, after the conclusion of EBB, which I’ll not giveaway but a tougher Rigby returns.

TBE starts with Rigby recently out of gaol and sporting a prison tattoo as a memento. After witnessing a dodgy suicide, Harry gets dragged into a tangled web of deceit, lies and stitch-ups. Dirty paramilitary money and its greedy custodians, together with an old school copper who likes to trade punches and insults, all conspire against Harry, while he try’s to get a grip on personal problems that threaten to push him over the edge. Mix in a bit of shady taxi drug running, missing persons, a few ferocious beatings and you have yourself a rollercoaster read. Some nasty bastards and a spot of torture add to the cocktail.

The narrative and dialogue is tight with a plot that is full of tension and quickly picks up pace after an explosive opening.

There are some violent scenes but nothing gratuitous; it’s real, physical and painful stuff where people get hurt and hurt others as payback. At the end Harry is left, bloodied, bruised and battered.

TBE gets the three g’s from me; great characters, great plot and a great read. In my humble opinion it deserves to be published and enjoyed because it’s a darn good read.

My thanks go to Declan, for sharing TBE manuscript, which was a blast to read. I hope I’m able to repay the favour soon by buying a copy in a bookshop.

For more information on Declan Burke’s work and expert insight into the thriving Irish crime fiction scene then do no more than double digit here and visit his cracking Crime Always Pays blog.
Posted by Alan Griffiths at 12:39