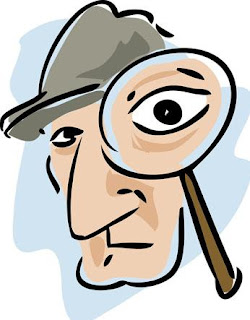 In lieu of a starter sentence, he posted four words, the idea being that you must incorporate the words into a story. It does not matter in what order they are used but all four have to be in there somewhere.

With words like that then it could only lead to another case for Valentine, my hapless South London PI to investigate…

TOO MUCH TOO YOUNG

Things might have turned out a lot different if I’d found Mickey Fallon when I was paid to.

The guy with the floppy hair sat down and pushed a folded copy of The Daily Mail across the table.

Maybe he had me down as a Tory in DISGUISE or had been reading too much Philip Marlowe.

I was in The Winchester and about to watch the football. I supped my pint of Stella. It wasn’t called ‘the old wife beater’ for nothing. I didn’t have a wife and after a couple more wouldn’t be able to beat the skin off a rice pudding.

“Mr Valentine?” Floppy hair cleared his throat nervously, “My name’s Frank Fields. You were recommended by a friend of a friend.”

I spend a small fortune, one I don’t have, on advertising but it’s always a friend of a friend.

I drained my glass. “Same again squire. Knock yourself out and have one as well.”

Frank returned with my pint and for him a small scotch with too much water.

Chelsea was already one nil down and The Daily Mail was still unopened. It’s a newspaper best left that way.

Frank’s sob story was his wife, Barbara, and how he suspected an affair with her boss. Frank said he wanted to save his marriage but he had to be sure.

It’s the small things that giveaway the LIES.

With Frank, it was his floppy hair, which was too long, too highlighted and the cut too fashionable. But his cash, between the folds of The Daily Mail, was cold, hard and much needed.

Frank was away for the week, on a training course in Warwickshire, while I snooped on Barbara.

After four days there was no sign of her amorous boss and I was thinking about those lies.

On the Thursday evening I boarded a number thirty eight bus behind Barbara. That was when I spotted Mickey, a fifteen year old runaway. When Mickey got off I followed.

Six months ago Mickey’s mother had paid me her government single parent allowance to find him. I miserably failed but lady luck had given me a chance of REDEMPTION. I trailed him across London to a seedy squat.

Curiosity then got the better of me. It usually does.

Early the next morning I was plotted up in my Saab. Four hours passed and my Farmers were starting to play up. Then Mickey and two other teenagers left the squat.

It was lunchtime and all hell let loose when Mickey’s gang snatched the handbag of an orange haired young lady and scarpered.

I should have given chase but I was more interested in the middle aged lothario consoling the redhead. Why was Floppy Frank sitting outside a trendy Tapas bar, looking too much too young in a tanned bomber jacket, stonewashed Levis’ and loafers?

Orange hair finally stopped blubbing and the manager waived the bill. I tailed Frank and his flame haired floozy back to a swanky apartment block.

I snapped away with my Sony Cybershot and waited until Frank left; carrying a suitcase and a guilty conscience.

Frank’s game, I was sure, was to use me to get some dirt on Barbara so that he could hit her with a quickie divorce and rob her of the family home.

Then move his young bit of crumpet in.

I put my foot through the backdoor of the squat and retrieved the handbag. Orange hair was Sally Reynolds a Learning & Development Executive at Frank’s Insurance Company. Sally’s mobile had enough steamy text messages to fill a Mills and Boon romance.

They’d been planning their weeklong session of hanky-panky for a while.

I confronted Frank at his office and he bleated like a lamb before the slaughter. There was more cold, hard cash on offer, to help me forget, but I was in no mood to COMPROMISE.

On the way out I slipped a piccie onto Sally’s desk. Her face turned the same shade as her hair, quicker than it took me to say, “How’s Yer Father!”

Barbara had asked me, over and over, “Why would Frank betray forty years of marriage?”

I couldn’t answer but had given her enough evidence that, with the help of a shit hot lawyer, would keep her in the four bed semi for the rest of her days and a hefty chunk of Frank’s money for good company.

Mickey was back at home but it was only a matter of time before he broke Mrs Fallon’s heart again. It’s what boys do and something we never grow out of.

Barbara was being consoled by her boss. Hannah seems to be a very nice boss and she’s discreet but, as I said, it’s the small things...